Back to all posts

Wow this is not what we had planned!

Wow its been a year and a half hasn’t it. We are 9 months into 2020 and I don’t think the year has turned out the way anyone has thought. Here in Australia we started the year with some of the worst Bush Fires that we have ever seen, then just as they were over Covid hit the world with a force to be reckoned with. This put paid to a lot of plans that many people had for 2020 myself included.

Due to an existing blood disorder that likes to hang on to any illness that comes my way the effect that this might have on me is a massive unknown and because of that I think I have left the house about 5 times since it hit here in March. There have been some really hard days because of this mainly due to missing my bestie and her kiddos that live not far from me and who I was used to seeing all the time.

So what I have done. I have immersed myself in music, both my own and other peoples. It has been amazing spending time just listening to music. I have also been working hard on my playing both guitar and piano as well as lots and lots of singing.

I am excited to know that while many plans for 2020 have just had to be let go the release of my debut original song is still on track to happen. We have just recorded the first round of vocal takes and hope to get back in the “booth” in the next week or so to do another round now that we know exactly what I need to work on. I am so proud of this piece and it has so much meaning to me and I am so looking forward to having you all hear it. I am so grateful that we have a professional studio in the house so that we have been able to keep working on our music and recording. I have included some photos from the session below.

Music has given me a purpose in 2020 and helped to keep my heart happy. What had you done in 2020 that has made you happy? 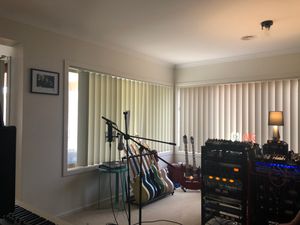 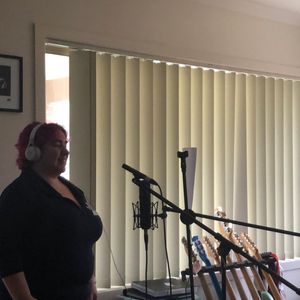 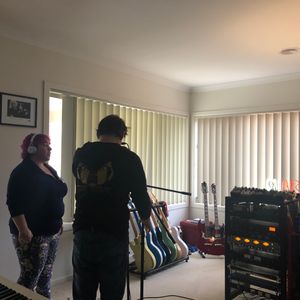 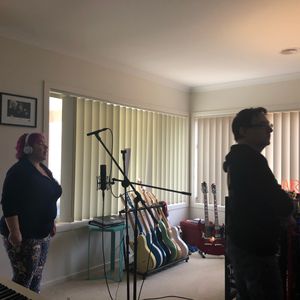 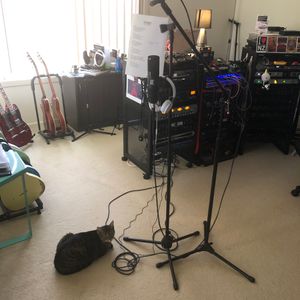